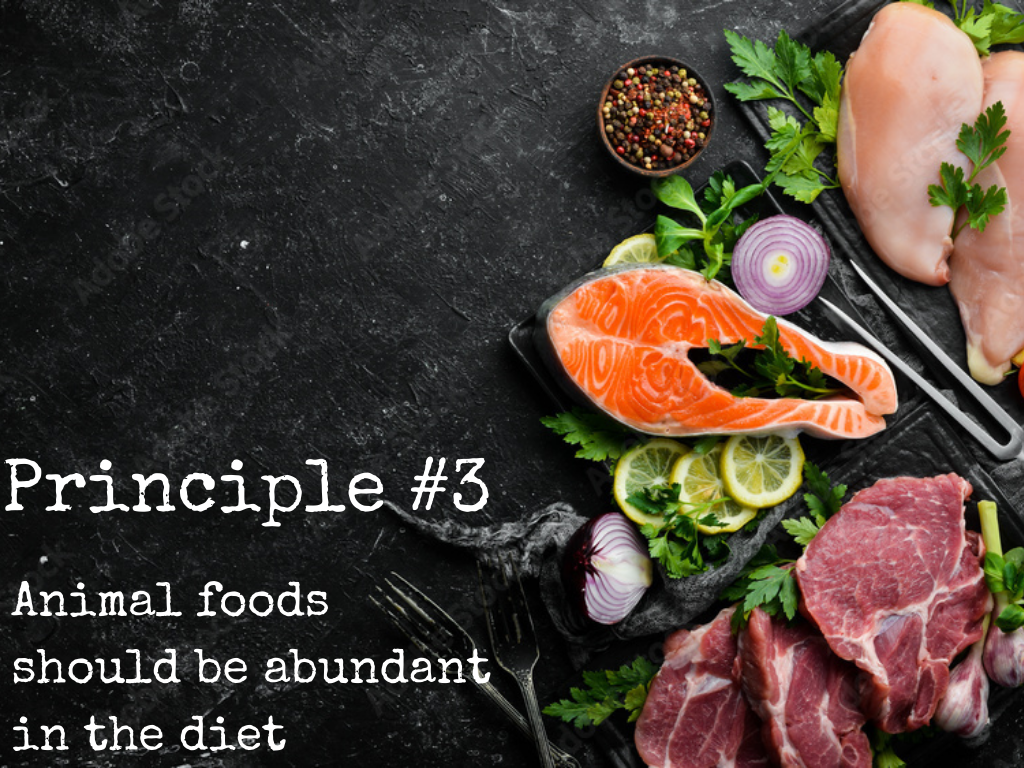 Animal foods have been abundant in the human diet for thousands of years, and only recently have they been properly demonized for reasons concerning health, ethics, and the environment. The introduction to an increasingly plant-based diet began in the late 1950s when a researcher named Ancel Keys promoted a theory called the lipid hypothesis. The lipid hypothesis proposed a direct correlation between dietary saturated fat/cholesterol and coronary heart disease. Although this theory has been widely disproven by subsequent studies and critiqued by many experts in the field, Keys gained much publicity and the prominence of animal fats in the diet began to dwindle as governmental health agencies, media outlets, and the food industry began promoting the typical low-fat regiment, which is well known and followed by many Americans today. Although meat consumption in the United States continued following the advent of the lipid hypothesis, Americans were encouraged to opt for lean meat versus fatty meat, and discard dairy products for vegetable-based alternatives. The concept of eating a primarily plant-based diet—consisting of mainly grains, fruits, vegetables, and vegetable oils with minimal lean meats and vegetable-based dairy products—became the new normal in western society. The health implications, as we will soon see, is quite evident. Despite this, health agencies, media outlets, health advocates, and more, continue to cast the blame of America’s longest and most deadly health crisis on animal foods, while plant foods unjustly remain on a pedestal, largely unquestioned.

The Rise of Plant-Based Dietary Protocols

Vegetarian and vegan lifestyles have been prominent in many cultures and religions for many years. A plant-based diet is commonly viewed as pure when compared to the meat-based counterpart, primarily because the act of killing a living being is logically viewed as immoral and unsanitary. Despite this, most of the human population has been eating animal foods likely for up to 6 million years. Our early ancestors, who were probably herbivores, had remarkably smaller brains in comparison to our later ancestors who began thriving on an animal-based diet. It can be argued that eating animal foods quite literally afforded us the intellect that we relish today. Despite this, the recent governmental nutritional guidelines combined with convincing ethical and environmental arguments to eat less animal products has proved to be cataclysmic for not only the health of our bodies but also our environment.

A Case for Ethics, the Environment, and Human Health

The ethical argument for abstaining from animal foods has intensified alongside the industrialization of society. The common desire for deeper pockets has left small, sustainable farming practices in the dust while industrialized practices have become the status quo. Individuals belonging to western societies are further detached from the process that takes place for their dinner to reach their table, which enables these practices to continue without the majority’s input. Those choosing to eat a plant-based and animal-based diet alike would likely find disgust in viewing the current industrialized practices against our grazing animals today. These practices are much different from the way in which most good-hearted humans have treated animals in the past. Our ancestors—along with many isolated tribes studied in modern day—were much more spiritually connected with their food than we are today. An uncommon intellect among the animal kingdom, as well as a deep appreciation for food, enabled these people to treat animals with respect by humanely ending life. Many modern-day small farmers will explain the same care and love they develop for their animals as well. A shift back to smaller, more sustainable farming practices would enable us not only to treat our animals with more respect, but would allow ourselves and our children to live in a healthier, more sustainable society.

The environmental argument for avoiding animal foods has become one of the most prominent arguments nurtured by plant-based advocates and even governmental agencies. While there are almost certainly many good-willed people behind this movement, there are also many individuals seeking larger incomes at our environment’s peril. The industrialization of any sector has proven to relocate many dollars from the hands of the middle class to the hands of the wealthy, and this is no different for the agricultural industry. Highly industrialized, agrochemical-based crop systems provides more output—and therefore money—in the short term, while the long term health of the soil suffers. On the other hand, small-scale farming practices provide smaller output in the short-term, but are able to sustain their practices indefinitely simply because they are able to maintain the health of their ecosystem. Despite this, the mythical concept of a completely plant-based human population continues to prosper as more wild land is eradicated to support cropping needs, shortly followed by the death of the precious microorganisms who were once thriving beneath the soil. Unbeknownst to the plant-based community, but treasured by small and sustainable farmers, is the role that livestock have in maintaining soil health. The eradication of livestock from our farming practices would eventually degrade healthy soil into dust and virtually rob human society of its food supply. This system would eventually call for the eradication of more wild land, resulting in the unnecessary, and arguably immoral, deaths of a large number of wild vegetation and animals.

To create a more sustainable future, farming methods consisting of monoculture and chemically-induced sustainment methods should be replaced with a more species-diverse crop system while integrating animals into farming methods. The integration of animals into an agricultural system was typical of the traditional farm, and there is a multitude of benefits of using an integrated system. This includes a more nutritious diet for the livestock, aid in weed and pest control, reduce costs for livestock feed, fertilizers, and pesticides, and most of all, improve the soil health. Improving the soil health will not only provide better quality food for the grazing animals, but it will aid in the nutrient quality of both our plant and animal foods while also being incredibly sustainable. Additionally, lack of chemicals used on our crop fields, which often times find its way into human water systems, will improve the health of our water supply. Lastly, hunger and famine will likely become a memory because the improved agricultural system will ensure proper crop yield, animal health, and prolonged soil fertility.

The ethical and environmental argument against eating animal foods can be argued further, but the health implications of an animal-free diet has the quickest and most direct impact in terms of human health. The majority of dietitians, nutrition experts, physicians, and fitness advocates are quick to promote a more plant-heavy diet based on many unproven claims that have taken ahold of society over the past century, and the results of this are evidently dire given America’s current state of health.

There are various essential nutrients that are not found or absorbed properly from plants, and the lack of adequate saturated fat and dietary cholesterol from animal foods can lead to disastrous health outcomes. These two points will be covered in depth in the blog posts for Principle #4 and Principle #5. Despite the lack of nutrient value, plant-foods are consistently promoted for their ‘high-nutrient’ content, while animal foods are demonized for health implications based on unproven and often dogmatic scientific claims.

Since the advent of the near-vegan recommendations outlined in Dietary Guidelines for Americans in 1980, America’s health has been on a steep decline. The removal of animal foods and introduction of plant-based foods (predominantly seed oils and sugar) in the American diet almost certainly is the culprit, which will be made increasingly evident in future posts. The study of the Masai tribe in Africa and the Inuits in Canada, both of whom consume a diet of predominantly animal foods, make the correlation between an animal-based diet and exquisite health even more clear. This is why we recommend one’s diet to consist of at least 85% animal foods, and the other 15% be local and seasonal fruits and vegetables. These animal foods should be in their most natural form, which includes being grass-fed, free from additives, preservatives, and chemicals, while dairy products are preferred in their raw form (unpasteurized). The introduction of these foods alone very likely will have a tremendous benefit to your daily life and longevity. 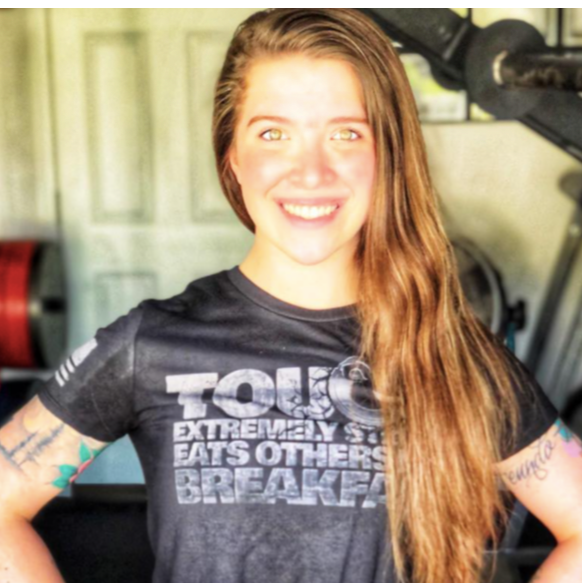 Tori is the founder and CEO of Gym Rats Only LLC. She is an expert in holistic nutrition and has a passion for helping others achieve their physical fitness and nutrition goals.

DISCLAIMER: THIS WEBSITE DOES NOT PROVIDE MEDICAL ADVICE The information, including but not limited to, text, graphics, images and other material contained on this website are for informational purposes only. Nothing on this website is intended to be a substitute for professional medical advice, diagnosis, or treatment. Nor is anything contained herein a guarantee of any outcome or result. Always seek the advice of your physician or other qualified health care provider with any questions you may have and before undertaking a new health care regimen. If you have a medical condition please see medical attention immediately. Never disregard professional medical advice or delay in seeking it or any recommended treatment because of something you read on this website. Any links to other websites or educational material posted on this website are for informational purposes only, and Gym Rats only LLC. does not guarantee the accuracy of any of the contents.  Gym Rats Only LLC. shall not be held liable for any advice, suggested course of treatment, or any other information, products, or services included on this Website.